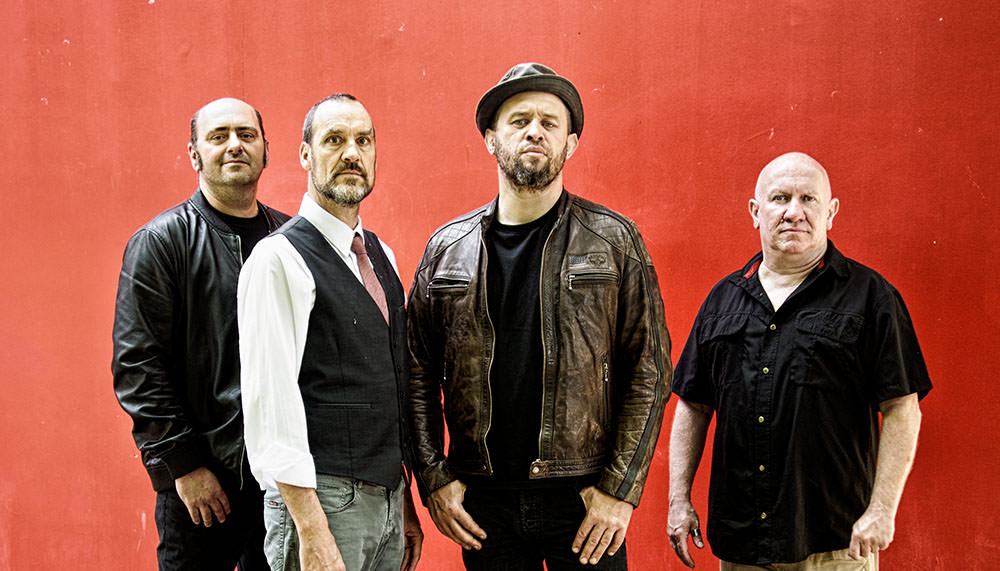 Exciting and melancholy, deep and funny, intense and overwhelming. These are the adjectives that best describe the French-Australian duo of the Mountain Men.

Starting from Chartreuse Mountains, near Grenoble, Mr Iano and Mr Mat have already sold more than 20,000 albums thanks to the “word of mouth” built over the more than 600 concerts made, but mainly thanks to the extraordinary energy they know how to unleash in their contact with the public. Being able to materialize a music full of emotion, to the rhythm of blues, folk and rock, give life on stage to performances that are much more than a concert: performances of life, made with the heart and head, where you can feel the true soul of the two musicians and the carat primordial tether of the blues.

In seven years, three studio albums, two live and over 600 concerts in France and around the world, mountain Men has established itself as a duo with a strong stage presence. If the origin of their encounter is the blues, Mountain Men have been able to get rid of the labels to create a universal music where blues, rock, folk and pop mix. Mr Mat’s heady voice and the melodic flights of Mr ‘ Barefoot’ Iano’s harmonica create music where groove and emotion dominate. These two charismatic characters, between chills and smiles, give a lively energy and communicative fervour. In concert, during prestigious festivals such as Jazz à Vienne and Nancy Jazz Pulsations and in mystical halls such as theOlympia in Paris, the public systematically reserves standing ovations.

In Italy, the group made its first performances in 2013 in Terni for the music season Visioninmusica,where he also returned in 2014, before landing for a wonderful show at the Rossini Theatre for the Pesaro Concert Authority and turn into one of the revelation groups of Umbria Jazz 2014.

Just over a year after the intense Against The Wind, which has an already wider opening to a more electric side, and after 80 dates in 2015 (including Musilac, Beauregard or Les Déferlantes), the Mountain Men will return from October 2016 to scale the international stages with the fourth studio album, Black Market Flowers (Echo Production), distributed 18 November next.
And they won’t be alone: this new adventure will see them perform in quartet for the first time
With Denis Barthe,the famous drummer of Noir Désire and producer of the album, and Olivier Mathios (The Hyènes) on bass. Two “purchases” that will help make the next tour with decidedly more rock accents!